The iPhone 14 Pro unveiled recently at Apple’s Far Out event in Cupertino, California, is touted as the company’s most jam-packed iPhone in terms of features. From a redesigned notch area called ‘Dynamic Island’, always-on display to a new 48-megapixel wide-angle camera, the iPhone 14 Pro feels like a tour-de-force in the high-end smartphone market. Apple, as usual, is the master of marketing and it is turning no stones unturned to hype the features present in its flagship as groundbreaking.

However, there are a number of features in the iPhone 14 Pro that many Android smartphones have had for years. However, Apple is doing something different with each feature that you will find in Google-powered Android phones.

Here are five such iPhone 14 Pro features that we first saw on Android:

The iPhone 14 Pro and 14 Pro Max models will include an always-on display, providing information including time and widgets without having to wake the phone. Although Apple is making a big deal about the always-on-display on its newest flagships, this feature debuted on Android smartphones with Samsung’s Galaxy S7 in 2016. In fact, the first phone with Always-on-display was the Nokia 6303 in 2008.

A lot of popular Android smartphones from brands like Xiaomi and OnePlus already offer always-on-display on their devices. Not a new technology per se, Apple’s implementation of always-on-display is a bit different and perhaps a lot better than the competition. The magic trick is that the iPhone will continue to show the lock screen wallpaper, a little dimmed than before but never totally shuts off the screen. The feature is enabled by a new 1Hz refresh rate and several ‘power-efficient technologies’ to preserve battery life. Not that the always-on screen won’t eat up battery life, but the impact will be minimal. While the all-new iPhone 14 Pro models boast multiple updates, the standout feature is Dynamic Island, a redesigned ‘movable’ notch at the top of the phone which will display information like the song you are listening to or when devices connect to your phone. Pill-shaped display cuts on smartphones aren’t new, but they have been rather stationary and rival brands from the Android camp did nothing to utilise the top of the screen to be more interactive with apps and display notifications.

Except for the LG V20, which had a secondary screen at top of the display that showed the time, date and notifications. The secondary display on the LG V20 was convenient, but it never felt it was part of the user interface. Dynamic Island is essentially a software-based solution to a hardware problem. It’s like saying “your smartphone still has a notch” but now that pill-shaped cutout resizes dynamically as you use the phone as if it is made to be part of the user interface. Surely, a clever way to utilise the notch. One of the major themes at Apple’s Far out event was how Apple devices can save lives in emergency situations. All four new iPhone 14 models, regardless of which screen size you prefer or the demographic they target, have built-in emergency satellite connectivity and the car crash detection feature.

But not many know that Google was the first to roll out the car crash feature on select Pixel smartphones a few years ago. Like in the case of a Pixel smartphone, the iPhone too uses motion sensors that can detect if the person has been in a car accident. It’s just that Google hasn’t done much to publicise Car Crash detection, which is available within the “safety” app on every Pixel device since the Pixel 3. Apple, on the other hand, marketed the iPhone as “essential”, by promoting the car crash feature. 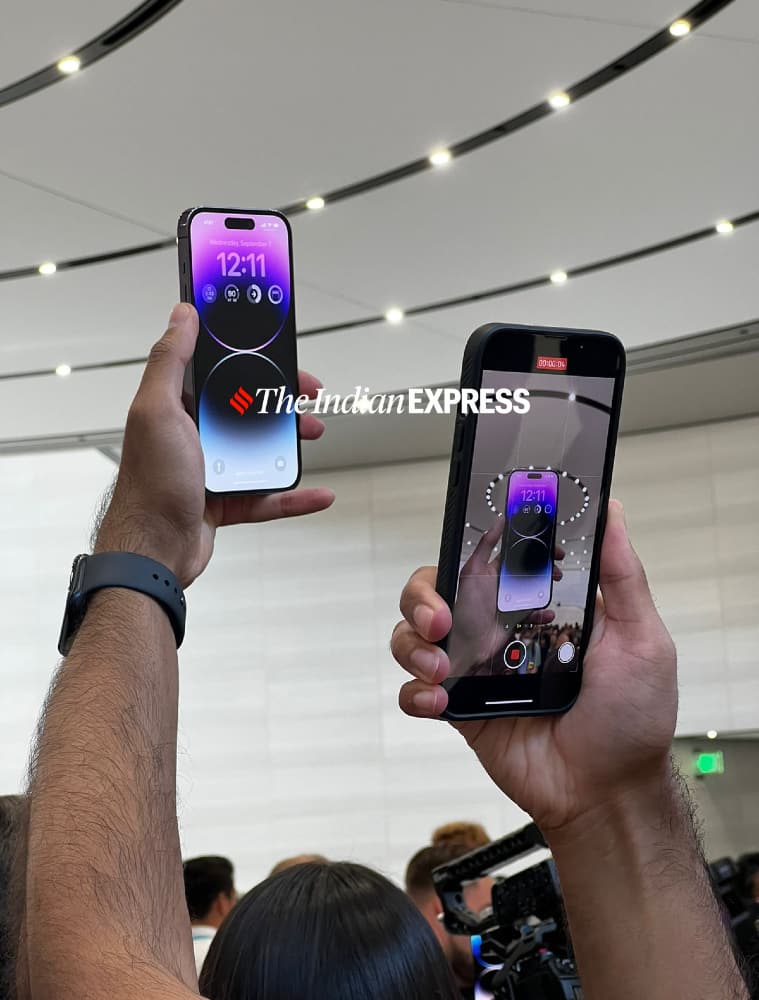 For video, the iPhone 14 Pro has a new Action Mode to help with stabilisation. (Image credit: Apple)

The iPhone 14 Pro, including the standard iPhone 14 and 14 Plus, also now has a new Action mode, letting users capture smooth video that will automatically adjust to shakes, motion and vibrations without needing a gimbal. However, Apple isn’t the first company to add this feature to smartphones. Samsung has offered the Super Steady feature to shoot videos on its Galaxy smartphone for quite some time, and it’s only getting better.

Former NHA Director of Information Technology Sentenced to Two Years in Prison for Embezzling over $590,000 Worth of Electronic Devices | USAO-NJ

Google Is Shutting Down Stadia, Its Cloud Gaming Service