Google on Thursday conceded defeat in its attempt to remake the gaming industry around the cloud, as it disclosed that it will shut down its Stadia games streaming service early next year.

The internet giant held up Stadia as the forerunner in a “cloud gaming” revolution when it announced the service in 2019. But Stadia foundered after most game producers held back from making their top titles available on the platform and users balked at paying a monthly subscription fee for a streaming service with few offerings they wanted to play.

The retreat on gaming comes as Google is in the midst of a company-wide effort to save money and narrow its focus, shutting marginal services and products and cutting staff. Chief executive Sundar Pichai has sought to depict the retrenchment as a sign of management discipline in the face of economic upheaval.

Google and its parent, Alphabet, have long been notorious on Wall Street for pouring surplus cash from the search engine into ambitious “moonshots” and other projects with little bearing on the core business.

However, Google also has a long history of closing down ambitious new projects, as well as shutting promising companies it acquires. That legacy dogged Stadia from the start, leaving Google struggling to convince both gaming companies and users that it was in the business for the long term.

“While Stadia’s approach to streaming games for consumers was built on a strong technology foundation, it hasn’t gained the traction with users that we expected,” Phil Harrison, head of Stadia, wrote in a blog post disclosing the move.

Barely a year after launching Stadia, Google shut down the games studio that it had formed at the same time to create exclusive games, leaving the platform entirely dependent on support from games developers.

Ubisoft had been the only company to back Stadia with its top games, and its decision this month not to put the latest instalment of its hit game Assassin’s Creed on the cloud service was widely seen as a sign Stadia’s end was near. 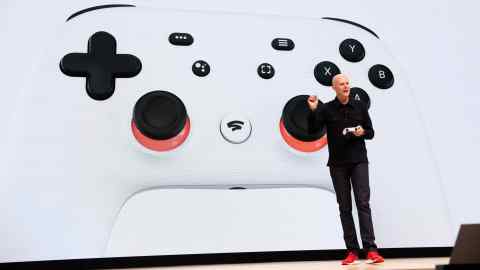 Google received high marks from tech analysts for the technology behind Stadia, which was designed to stream games over the internet with the sort of fidelity and response time that was previously only available on a console. However, users were still dependent on the strength of their “last mile” internet connections.

According to Harrison, the technology developed for streaming games will be used in other Google services, while the tech group will also continue to support companies seeking to stream games over the internet.

Google said it would refund all purchases of hardware, games and add-on content that had been made through its Stadia store, with the service closing on January 18.

The New Normal: Improving Flexibility in Global Supply Chains So They Are Less Likely to Break | Article

iPhone 14 pixels: Why the 48MP sensor is not the big camera news this year